Celebrities in love with their luxury villas in Italy

share
Sep 242021Celebrities in love with their luxury villas in Italy Since the days of the Dolce Vita, Italy has always held an irresistible appeal for international stars. Some did it for the landscape, some for art, some for romance or delectable food, some did it for all these reasons together, so much so that Hollywood actors and artists of all kinds have bought a house in Italy. Tags: news, luxury, local

Since the days of the Dolce Vita, Italy has always held an irresistible appeal for international stars. Some did it for the landscape, some for art, some for romance or delectable food, some did it for all these reasons together, so much so that Hollywood actors and artists of all kinds have bought a house in Italy. By doing so they have fulfilled the dream of living or spending the holidays in the Bel Paese. For some celebrities, however, Italy is not only synonymous with artistic beauty and breathtaking landscapes. Many VIPs are attached to our territory by roots and family memories and the choice to settle in the country is charged with deep sentimental meanings. As it is the case of the director Francis Ford Coppola, whose Italian ancestors were originally from the Lecce area. 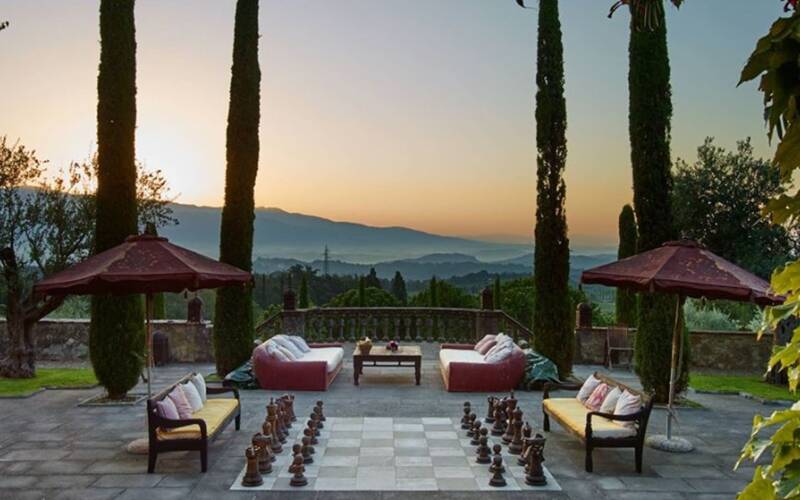 The singer Sting and his wife Trudy Styler have chosen Tuscany since 1990, first in the surroundings of Lucca, and then forty-five minutes from Florence, where they bought ll Palagio, a 16th-century noble villa, located between Figline and Incisa Valdarno. The artist completely restored it, creating a splendid estate, where he started the cultivation of wine and oil and the production of honey. Between yoga lessons, horseback riding, and meditation in nature, time passes gently for Sting, and it might well be the case that he will find the right inspiration there to compose new unforgettable songs. 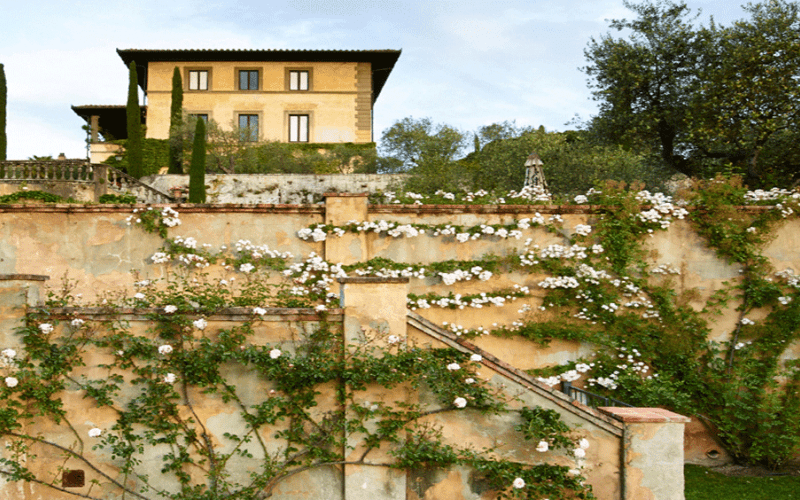 Tuscany was also chosen by the English fashion designer Paul Smith, who bought a villa in the province of Lucca, between Stiava and Camaiore.

The Mexican director Alfonso Cuarón Orozco, winner of the Oscar for ″ Gravity ″ bought a house in Capezzano Monte, in the province of Lucca not far from the sea, to live there with his wife and children. 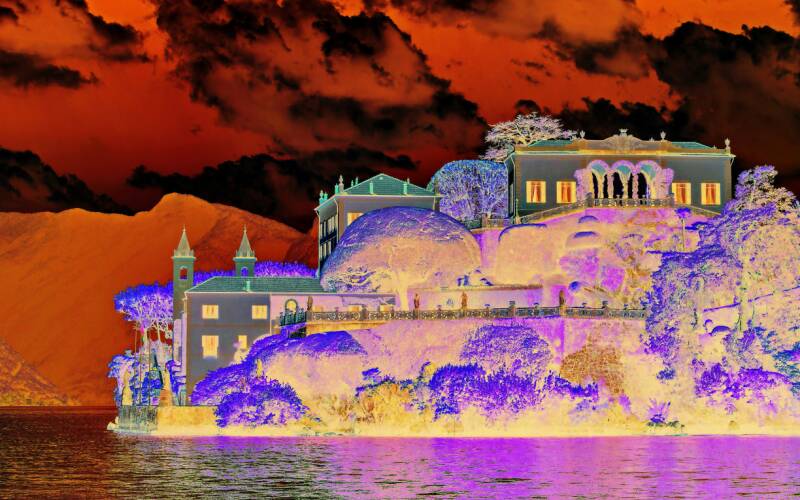 George Clooney purchasing a property on the shore of Lake Como certainly made the area world-renowned. This even contributed to a substantial increase in the prices of the real estate market of the entire lake region. In 2020 George chose Villa Oleandra as his summer residence in Laglio, an eighteenth-century villa overlooking the shores of the lake. Obviously, Clooney's presence brought a bit of commotion in the small town on the western shore of Lake Como, which suddenly became the destination of armies of paparazzi, fans and onlookers. For this reason, the local Municipality approved an ad hoc regulation to protect the privacy of the actor forbidding the presence of people in the immediate vicinity of the entrance to the villa as well as by the lake. 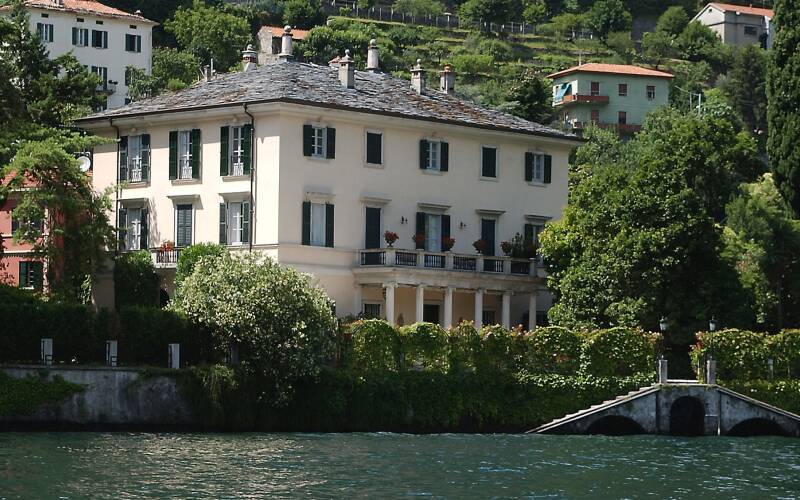 After him, also the star of ″ Twilight ″, the handsome and mysterious Robert Pattinson fell in love with the area and spent five million euros for his house in Menaggio.
Though Lake Como has now become an established destination for stars who want to enjoy the Italian beauties, Veneto remains the most romantic and glamorous one. Leonardo Di Caprio did not want to give up the charm of history and the immortal monuments of our peninsula, choosing a penthouse in Verona with a view of the Arena. Former iconic Hollywood couple Pitt-Jolie had also bought a luxurious estate in classic Palladian style in Valpolicella in 2010, but it was put up for sale in June 2016. 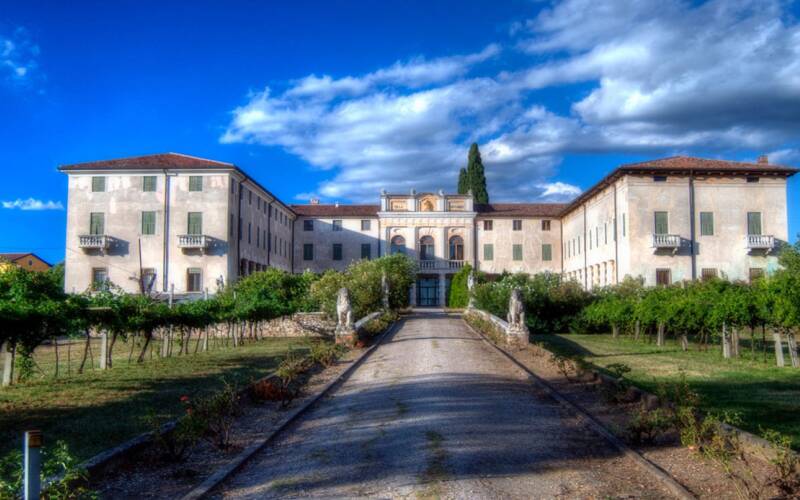 The indissoluble marriage of rock star Elton John and his husband David Furnish could not find a better location than Venice, where the couple bought a house in 2005 on the Giudecca island. Their love for the city is so intense that they chose to call their son Zachary, inspired by the splendid Venetian church of San Zaccaria.

But the new trend in this special list of Italian places where international stars chose to settle is definitely Umbria. Less crowded, beautifully green enough to be called the green heart of Italy, Umbria hit the heart of the actor Colin Firth and his wife who own a house in Città della Pieve.

George Lucas, the famous director of the ″ Star Wars ”saga was fascinated by an old Franciscan convent in the vicinity of Passignano sul Trasimeno. While faithfully respecting the external structure of the ancient convent, he renovated it, transforming it into a top luxury villa also features a super cinema. 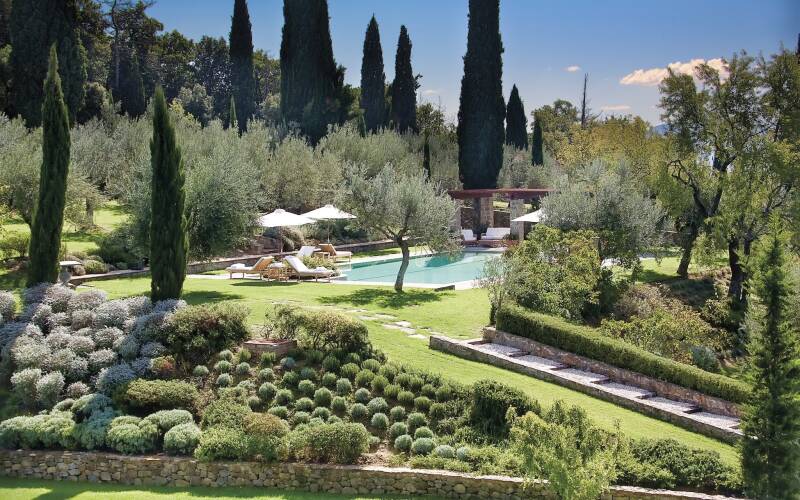 For Ed Sheeran, the love for Umbria seems to have no limits. He first bought a farmhouse on the hills of Lake Trasimeno near Paciano, now it seems he has bought another or maybe two. And so the world-record-selling singer decided to expand his property in such an enchanting region.

Should you be interested in buying a farmhouse in Umbria, we recommend the Umbria real estate agency.

Even though less glamorous, Puglia can boast excellent guests who chose a masseria where to feel at home. Among these is Meryl Streep who bought a house in Tricase, very close to the sea. British actress Helen Mirren owns a masseria in the Santa Maria di Leuca area.

While the French actor Gérard Depardieu fell in love with the Apulian Baroque architecture and bought a house in the historic centre of Lecce.

With so much variety, in climate, character, landscapes and food, Italy truly offers each celebrity their perfect matching region. Find here your best suiting Italian region!