share
Jan 142022Venice Carnival 2022 It is an ancient history, over 900 years old, that has led this event to be one of the best known, most colorful, and appreciated in the world. With its masks – original to say the least – Venice awaits you with the magic of its Carnival made of culture, entertainment, and fantasy, both in the lagoon and on the mainland. Tags: family, tourism, discovery, events, people, children, traditions, extraordinary, experience, local

It is an ancient history, over 900 years old, that has led this event to be one of the best known, most colourful, and appreciated in the world. With its masks – original to say the least – Venice awaits you with the magic of its Carnival made of culture, entertainment, and fantasy, both in the lagoon and on the mainland.

The 2022 edition was supposed to officially begin on February 12th and end on March 1st for a total of 18 days of celebrations.
To this day it is not known whether the Carnival will take place with its usual official program. Much will depend on how the pandemic will develop in the coming weeks. Over the next days, more details will be disclosed about the organization of the Carnival and whether there will be fewer events or there will be limited access requiring the Super Green Pass. To be updated on this, we advise you to consult the official website of the Venice Carnival. 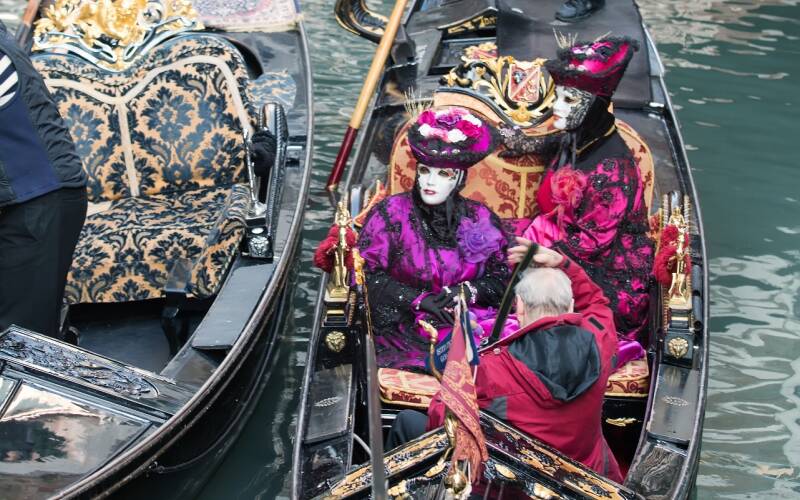 Every year, in addition to the floats and the traditional parades and masked parties in the streets and in St. Mark's Square, many events organized by individuals or associations take place in the city, and some of these are truly exclusive. Reservations start months earlier, and in normal times it is easy to find both flights and accommodation facilities sold out.
During those days, streets are crowded with tourists who flock from every corner of the world to attend one of the most beautiful and characteristic shows in existence.
In the city, it is possible to move only on foot or by boat. The best way to get around is to use the public ferry service by opting for a day ticket or a ticket valid for several days. This way you can move in total autonomy, without worries and especially without waiting in line. Here are the main events scheduled each year for the Venice Carnival:

Rio Cannaregio Water Festival
The canal, which cuts through the entire Cannaregio district to the Jewish quarter, becomes a huge floating stage. This is a show of music and images that officially inaugurates the Carnival in Venice in a scenic and fun way. 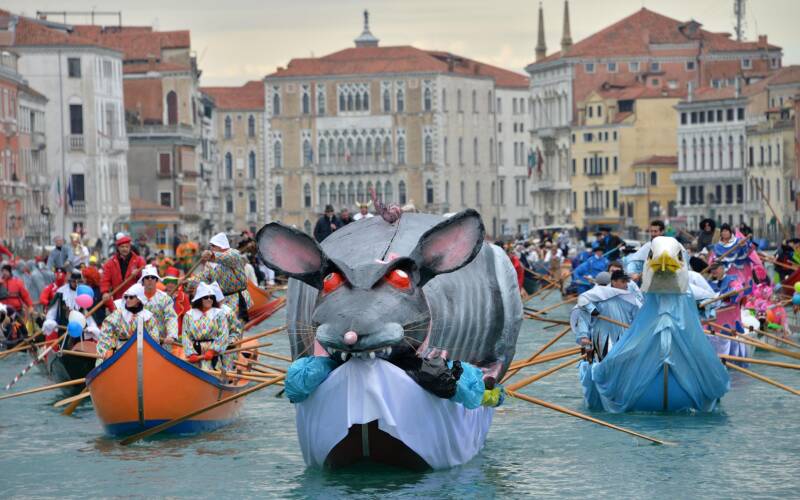 
Feast of the Marie in Via Garibaldi
A highly anticipated procession that celebrates the Doge's custom of giving gifts and jewels every year to 12 beautiful girls of humble origins, so that they would have a dowry to be able to get married. You start from San Piero di Castello, go along the very central Via Garibaldi, up to Riva degli Schiavoni, on the Grand Canal and finally to Piazza San Marco. 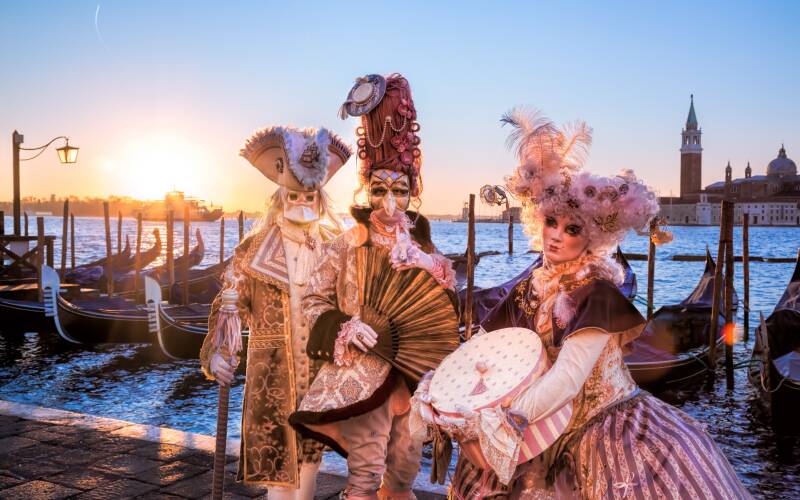 Flight of the Angel
It is one of the most anticipated and well-known events, and even if it is not the first in chronological order, it is the one that actually officially inaugurates the Carnival. It all began in an edition of the event that took place in the mid-sixteenth century when an extraordinary show was organized and caused a sensation. Still to this day, at each edition, a young acrobat throws herself from the bell tower in front of the Basilica of San Marco to get to the Doge's Palace. 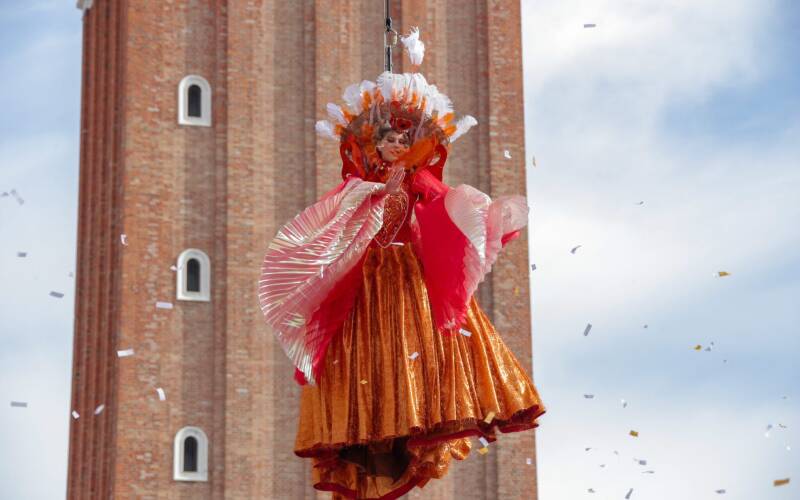 Flight of the Angel 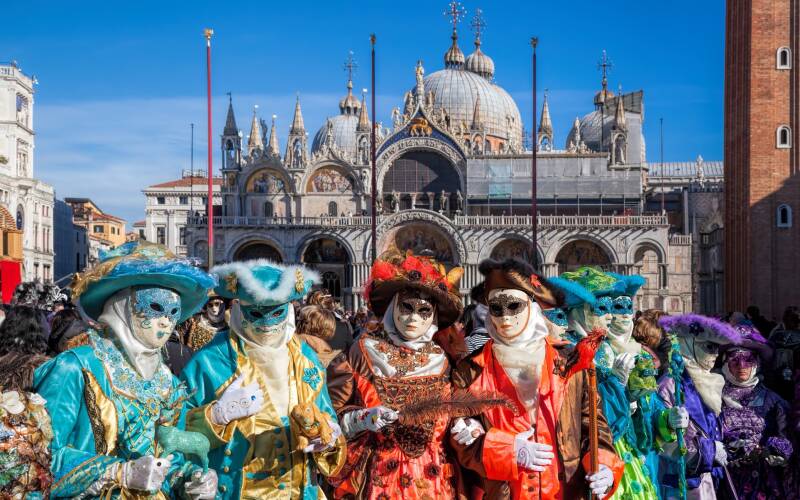 Svolo del Leon
The symbol of Venice officially wraps up these days of celebration and joy. A huge flag with the winged lion of San Marco is symbolically hoisted on top of the bell tower. This is an event of spectacular effect, also beloved by Venetians, accompanied by impressive music. 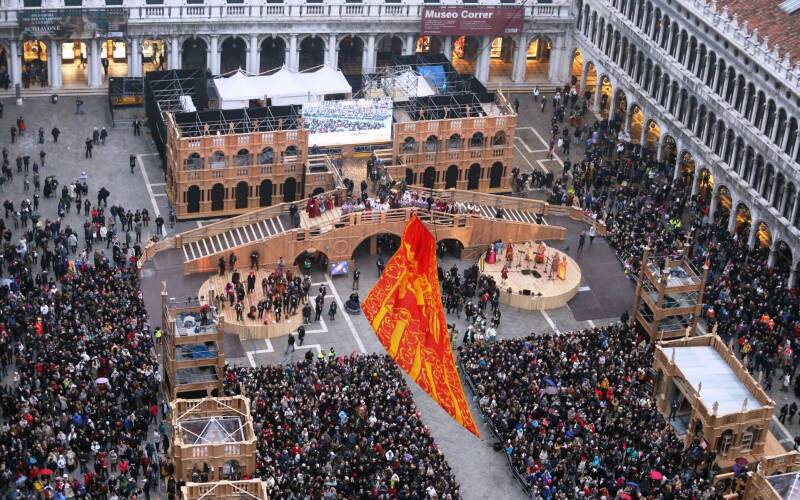 Jump to Venice for a couple of days and fall in love with the world’s most romantic city, click here to have a look at our portfolio of luxury villas for rent in Italy.