Italian gardens, where to get lost in their green mazes

share
Mar 262021Italian gardens, where to get lost in their green mazes A place for leisure and a symbol of power for the aristocratic families of the past, the labyrinth has always amused and enchanted its visitors with its treacherous paths. Tags: tourism, travel, art, experience

A place for leisure and a symbol of power for the aristocratic families of the past, the labyrinth has always amused and enchanted its visitors with its treacherous paths. The charm evoked by the maze has strengthened its symbolic power, becoming a metaphor for the condition of the modern man, always in search of something. A symbol that has never lost its charm.
Here is the latest version of the contemporary garden: cultural bamboo maze from the publisher Franco Maria Ricci near Parma, Fontanellato. Although it is the largest in Europe, Fontanellato is not the only labyrinth of the Peninsula. Here below the list of some of the most famous Italian mazes: 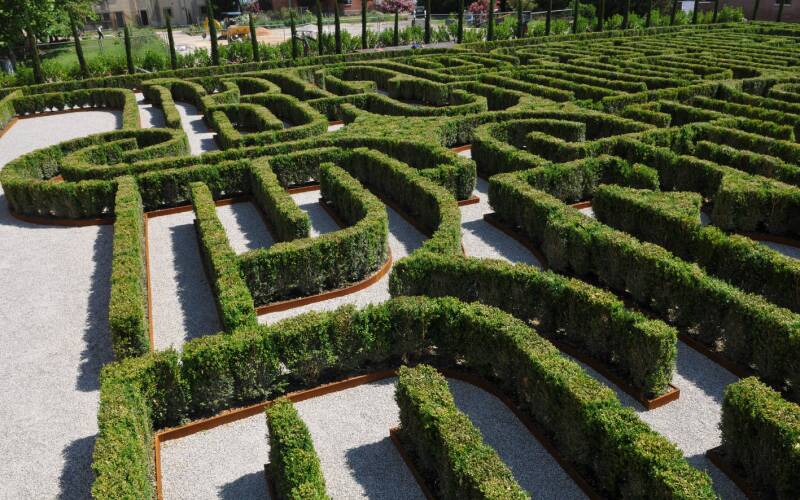 Borges labyrinth of San Giorgio Island, Venice:
Opened on the occasion of the 25th anniversary of the death of the Argentine writer Jorge Luis Borges, it is a reconstruction of the labyrinth garden that architect Randoll Coate designed in his honour. It is inspired by "The Garden of Forking Paths," one of the best-known stories of Borges, and consists of 3250 box trees that reproduce the poet's name as if it were written on the pages of a huge open book. Inside the maze is also inserted a handrail in order to help blind people to find their way out; the condition that the poet met in the '50s.

Villa Giusti, Verona:
One of the oldest labyrinths of Europe: with box hedges, small with a rather difficult trail, was already included in the original sixteenth-century building. Romantic, from the bell tower runs a spiral staircase that leads to the panoramic terrace. Would Romeo and Juliet have liked the terrace? 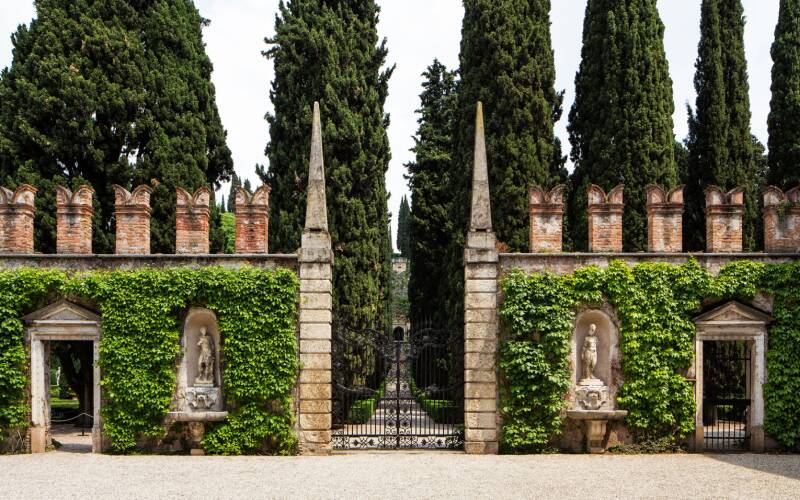 The bamboo maze of Franco Maria Ricci in Fontanellato:
300 square meters and 8 hectares of maze with three kilometres of trail. It is the largest bamboo maze in the world, built by the publisher Franco Maria Ricci in Fontanellato, in the province of Parma. "I was inspired by my friends the writers Borges and Italo Calvino. The labyrinth is a symbol, it is a state of beauty," he said to HuffPost. At the centre of the labyrinth, there is a pyramid, which contains a chapel, three restaurants, a library, meeting areas, a ballroom and exhibition spaces. It arises around a museum, an archive and a library. 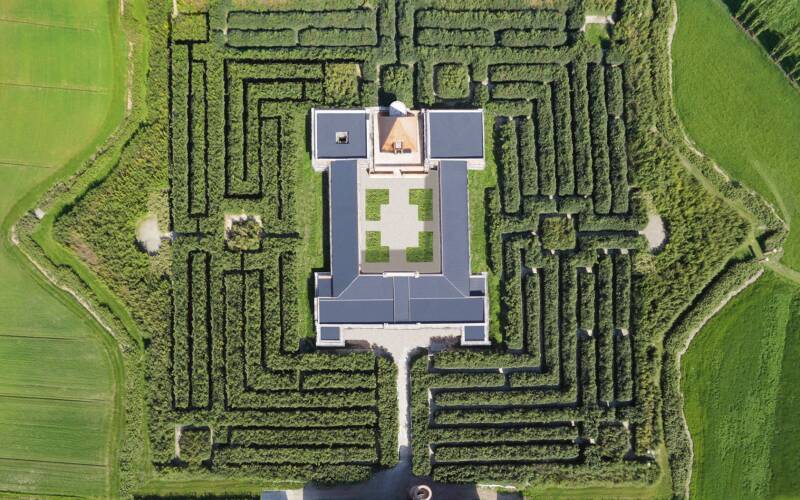 Villa Lante, Bagnaia:
One of the most beautiful manneristic parks in the sixteenth century voted as "Italy's Most Beautiful Park" in 2011. The maze of Villa Lante, in Lazio, is not particularly complicated but it is hidden inside the majestic Fountain of Giambologna Mori. 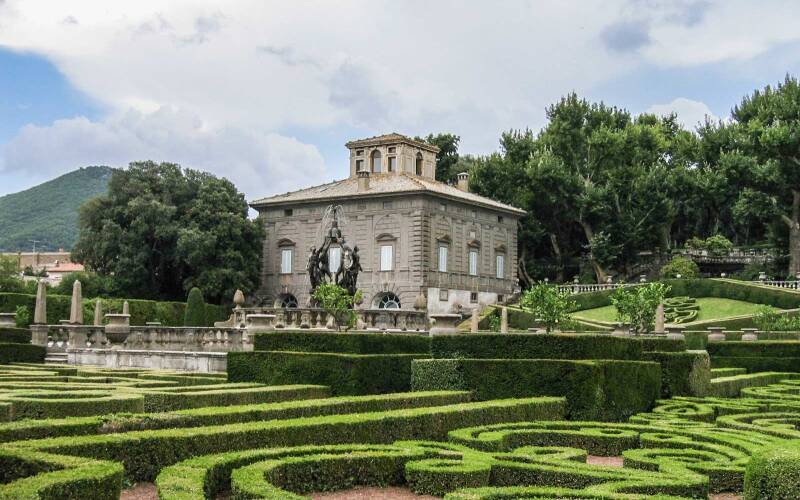 Castle San Pelagio, Padua:
This Venetian Castle houses two mazes: the Minotaur (1,200 square meters, with more than 1000 plants Leylandi nearly 3 meters high) and the Mirrors (the most simple, no dead ends). In the first one, a stone minotaur is hidden. The second one is dedicated to D'Annunzio: the hall of mirrors symbolizing the concept of "double identity". 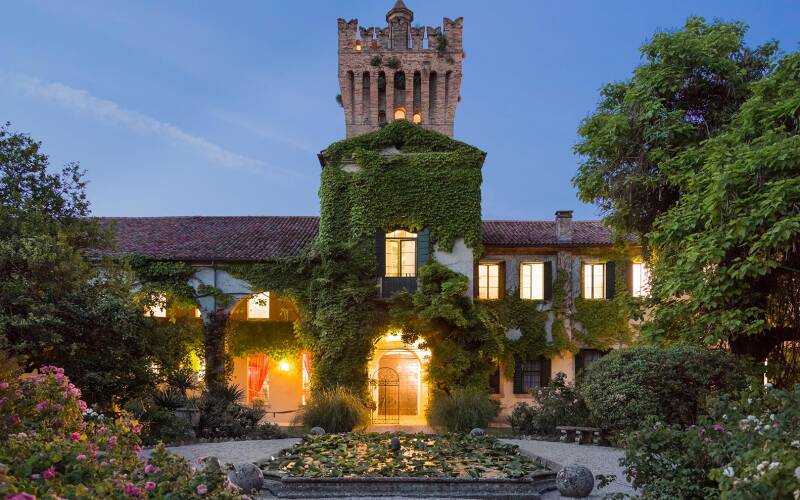 Discover our villas in Italy with plenty of outdoor spaces in order to relax and soak in the Italian sun!