Piadina Romagnola. What else?

share
May 82020Piadina Romagnola. What else? The piadina: a must on the tables of all Romagna gourmets and beyond. Widespread today all over the world, it is considered the "national food of Romagna". Tags: food, traditions, local

The “piadina”, or “piada”, looks like a circular, thin bread sheet made from wheat flour, water, salt and lard. The original version involves cooking on a terracotta surface, but today it is easier to see it cooking on metal or stone plates.
In Romagna, the piadina cannot be missing: used instead of bread, it represents an authentic source of pride for the people of Romagna.
The variants for the filling are endless: ham, herbs or sausage if you want to respect the tradition, or soft meats and cheeses such as the famous “squacquerone” accompanied by arugula - or even Nutella in the sweet variant - for the sweet tooth. 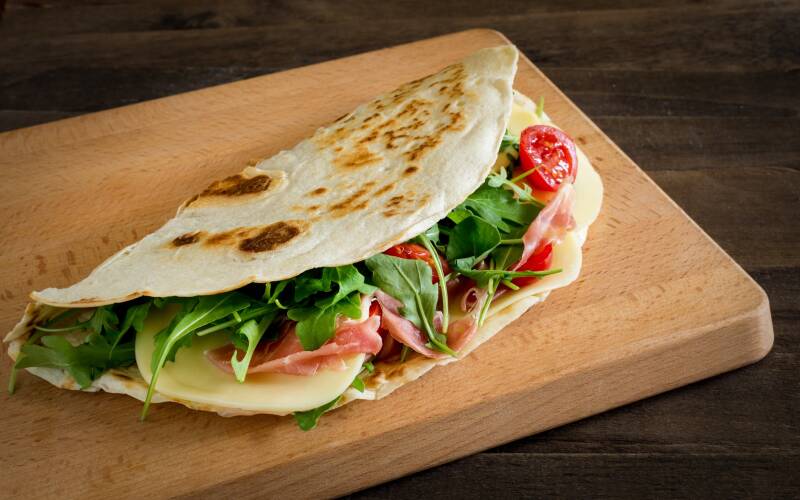 The bread of Romagna has ancient origins: the Etruscans already prepared an ancestor of the Romagna piadina. In Rome, too, flat focaccias similar to piadina were cooked and served with cheese. However, they were reserved for the rich, while the poor consumed leavened bread made from dark flours.
In the Middle Ages, the situation reversed: leavened foods became the prerogative of the lords, so the people returned to the consumption of polenta and unleavened focaccia, made from less valuable cereals.

The golden age of piadina begins in the twentieth century. In particular, since the fifties, the piadina appears in the kiosks of the Riviera and conquers tourists from all over the world. If you are spending a holiday in a luxury vacation villa in Italy, don't eat only pizza! Enjoy a fabulous piadina with stracchino cheese, San Daniele ham and arugula, and you will not forget it! 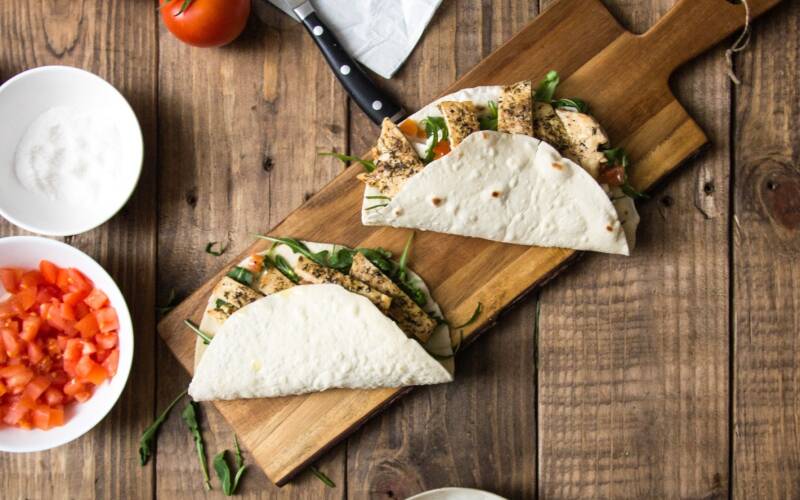