If you are planning to visit Sicily during your holidays, the archaeological site of Selinunte, located on the southwestern coast of this wonderful Italian island, is a must-visit destination. In fact, this archaeological site, comprising 270 hectares of land, is considered the largest archaeological site in all of Europe as well as being the largest in Sicily and Italy.
This exceptional site boasts seven temples to marvel at. Some of these are still in good condition, built according to a rigorous Doric order, the oldest Greek architectural style. It is also possible to admire sanctuaries, necropolis, and the ancient stone quarries of Cusa. 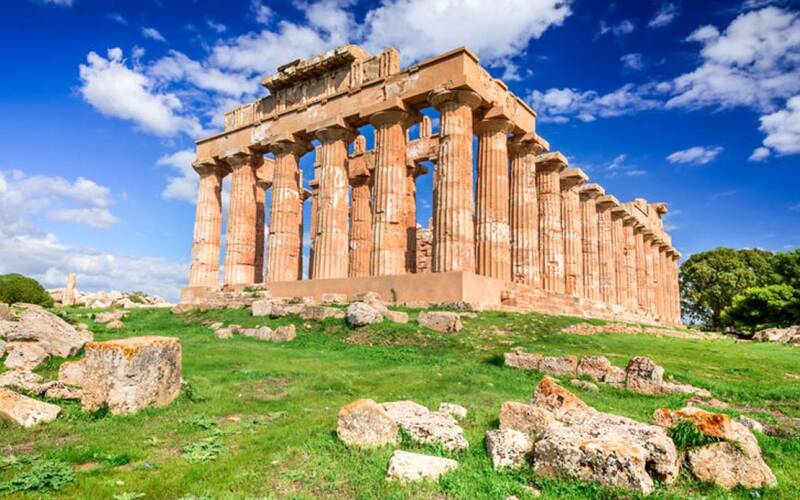 Selinunte is located in the province of Trapani, in a large area overlooking the sea. It is a unique place, where time is suspended, immersed in another dimension. The “Greece of Sicily” finds here one of the most magnificent and grandest examples of integration between urban engineering, architecture and landscape in the entire Mediterranean area.
Selinunte was a Greek city founded around 650 BC, subsequently enlarged, becoming rich and densely populated reaching up to 100,000 inhabitants. Nowadays this number of inhabitants would make us think of a minor and boring small town, however, that was certainly not the case 25 centuries ago! 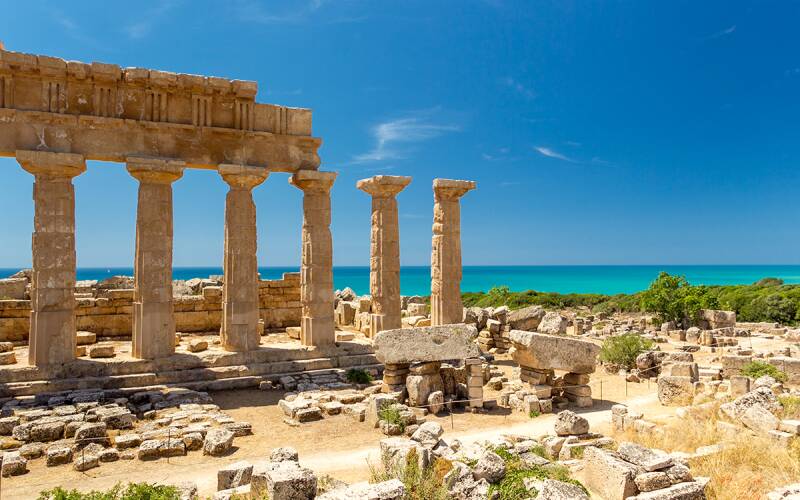 It truly was a city, which unfortunately had a short life as it was conquered and destroyed by the Carthaginians after just 240 years and right after having reached its maximum splendor.
Selinunte can be divided into acropolis, necropolis, and three hills where houses and temples were located.
The term Acropolis derives from the Greek "akros", high, and "polis", city. Originally it indicated the highest part of the Greek city (polis).
In archaeological terms, the word necropolis refers to an agglomeration of tombs often arranged in a disordered way but occasionally integrated into an urban complex. 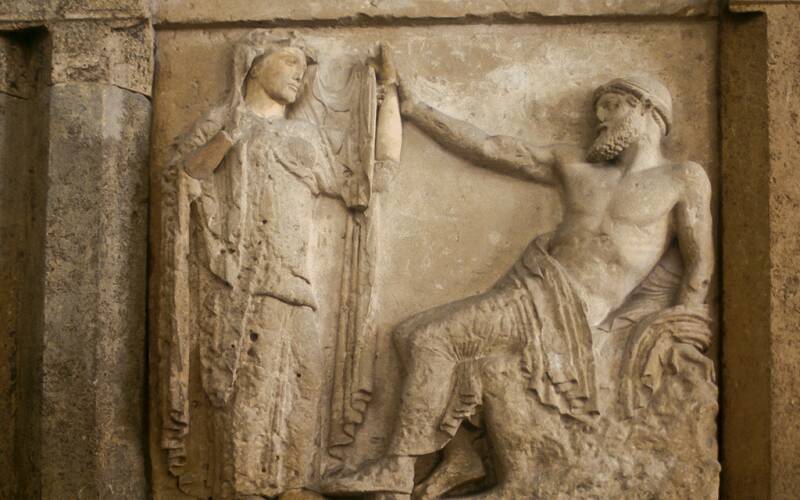 This enchanting place glowing from a distant past will transport the visitor to the quiet and silence emanating from every corner of the vast park. Each element composing this intricate system of roads, houses, temples, walls, ports, sea, dunes, will surely leave you awestruck with a life-lasting and soul-stirring memory. On the Acropolis beach, you can enjoy a legendary panorama, with the sun setting behind the temples.
If you wish to stay in a luxury villa for rent in Sicily, in Selinunte area, explore our collection and start planning your memorable Italian holiday. 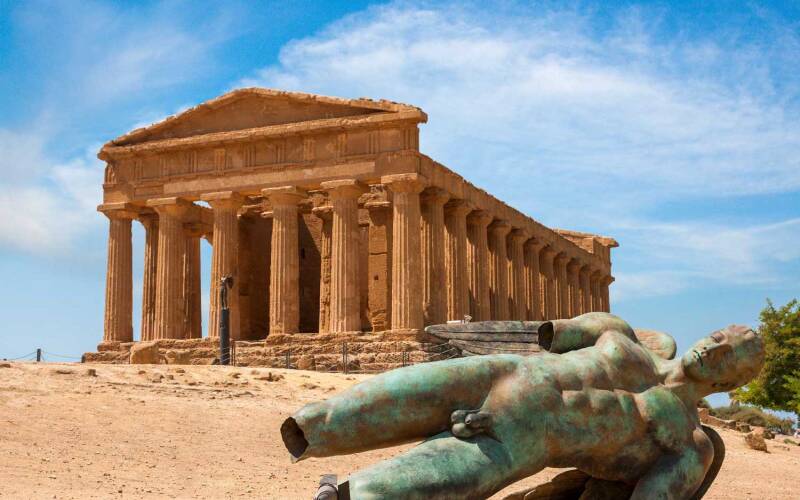 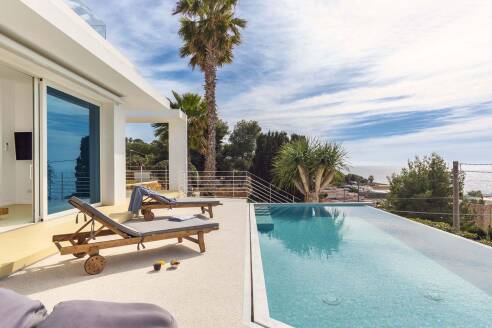 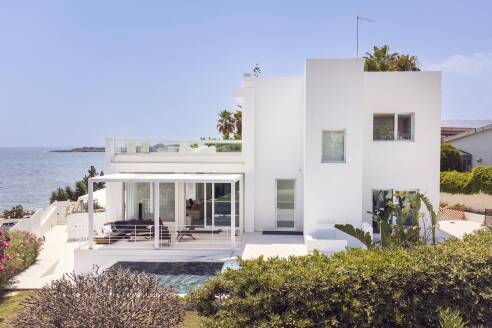 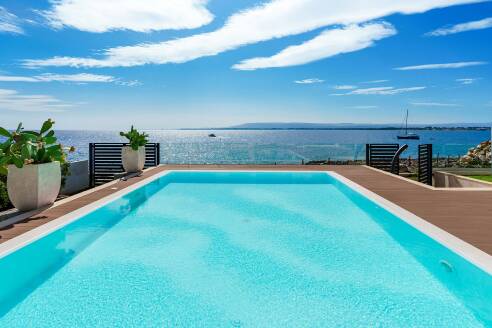 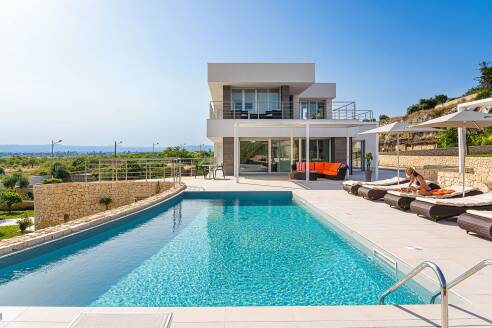 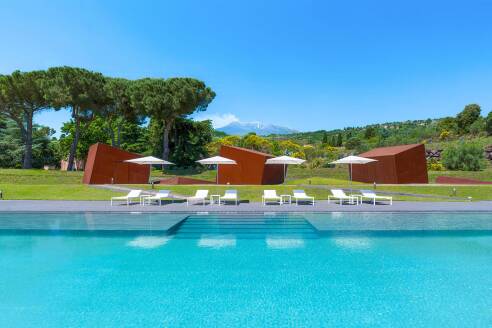 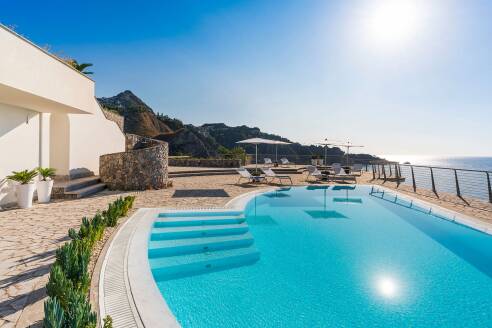