Something more about Umbria

share
Jun 82020Something more about Umbria Umbria is considered the heart of Italy. The only region in the center-south that has no outlet on the sea, makes its landscape and artistic beauties the centerpiece of its well-known beauty. Tags: food, tourism, tours, travel, discovery, art, events, experience, local, landscape

Less known worldwide than Tuscany, Umbria has been famous since ancient times as an oasis of peace and coolness. The ancient Romans called it this because of the presence of woods and forests. A green cloak in the Apennines, easily accessible from Rome.

Umbria is home to a great number of UNESCO world heritage sites. The remarkable aspect is that they represent only a small percentage of the great beauty found in the cities and villages of the region, which always gives the idea of being small, but concentrated.
Assisi, with its monumental Basilica dedicated to San Francesco; Orvieto, with its renowned cathedral, Gothic architecture masterpiece from Central Italy; then the historical centers of Spoleto, Perugia, Todi, just to mention the most famous places. 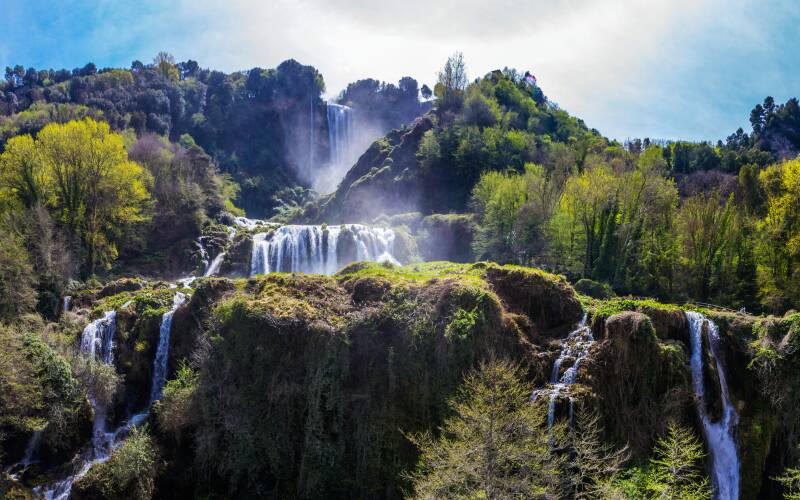 
Umbria hosts one of the most important paleontological sites in the world: the fossil forest of Dunarobba, dating back to 3 million years ago. The exceptional beauty of this site is due to the fact that the trees have preserved their wooden structure: this makes this site one of the three cases existing on Earth. It is the legacy of a prehistoric lake that completely covered this piece of Italy and tells the ancient and fascinating history of a time when the sea was in Umbria.
The fossil forest of Dunarobba can be visited by tourists. Discovering this place will be like going back in time and walking through the magic of Umbrian history.

The landscape is furrowed by woods, hills and mountains. The villages are perched on the hills for defensive reasons, often distinguished by the presence of walls and a medieval old town. However, the region was already inhabited since the time of the Etruscans, here the ancient "Oscan" language was spoken, of Indo-European derivation, which was then dominated by Latin, due to the powerful Roman rule.

Among the central regions, it is one of the most beautiful: rich in water, the Tiber among the best-known rivers. It is here that we find the suggestive Marmore waterfall, the highest and most famous water jump in Italy.

In Umbria there are several music and cultural festivals. The Festival of Two Worlds in Spoleto, created in 1958 to celebrate art in all its forms. The Festival is an annual appointment with the greatest protagonists of the cinema and theater scene, famous dancers and choreographers, poets, playwrights, writers.
The Todi Festival, kermesse of theater, dance, music, visual arts and literature, characterized by being outside the box. Umbria Jazz, one of the most important jazz music festivals in Italy and internationally. Perugia 1416, with its historical parades, games, challenges, shows and medieval market. The Festival of Nations in Città di Castello, in honor of chamber music. And for the sweet tooth, Eurochocolate: the largest European chocolate-themed festival. 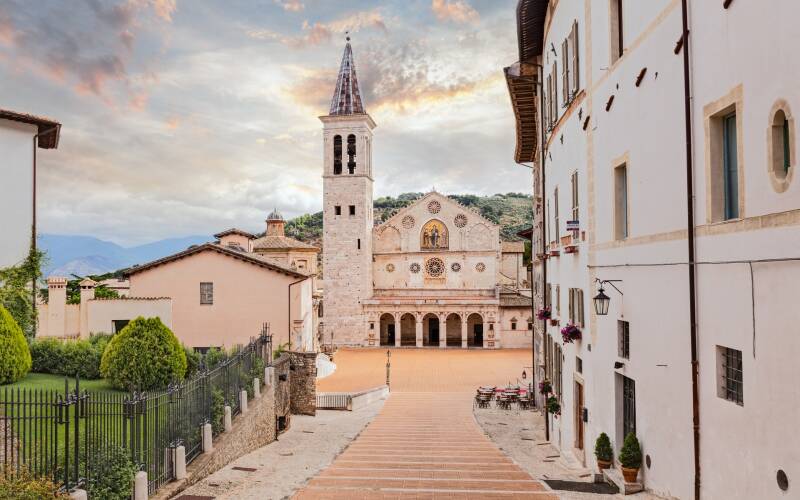 
The best-known figure in Umbria is certainly Saint Francis of Assisi, the patron of Italy. His fame crosses the borders of the nation, having established a famous priestly order marked by the path of simplicity and pauperism. The message of Saint Francis, within the Catholic Church is still considered so valid, that the current Pontiff was inspired by him to take the name of Francis. We still have the teachings of Saint Francis but also the splendid poetry called the "Canticle of Creatures". 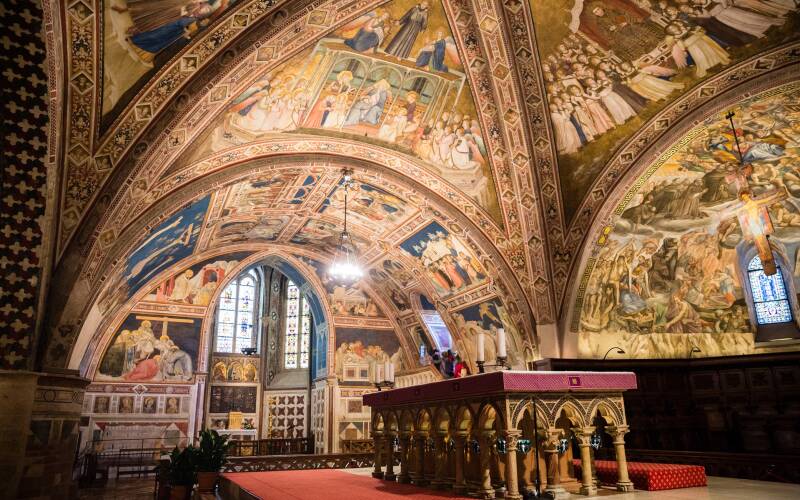 Basilica of Saint Francis of Assisi


Like any Italian region, Umbria also has its culinary specialties, earth products that prefer simple preparations. In some ways, it is a cuisine related to the Roman one, but some of the specialties known as Roman actually come from Umbria. The most famous starter is “bruschetta”, the toasted bread that was previously considered a real whole meal to be eaten in the countryside. Strozzapreti and cappelletti belong to the tradition of pasta, to be eaten with sauce or with truffle or broth. Castrato and goose sauce are also excellent. Near the banks of the Trasimeno Lake, fish is the master thanks to the carp "Regina in Porchetta".
Of course there is no shortage of cured meats and cheeses, in particular pecorino, salted ricotta and porchetta. Desserts belong to the Roman tradition, such as stuoli and frappe. 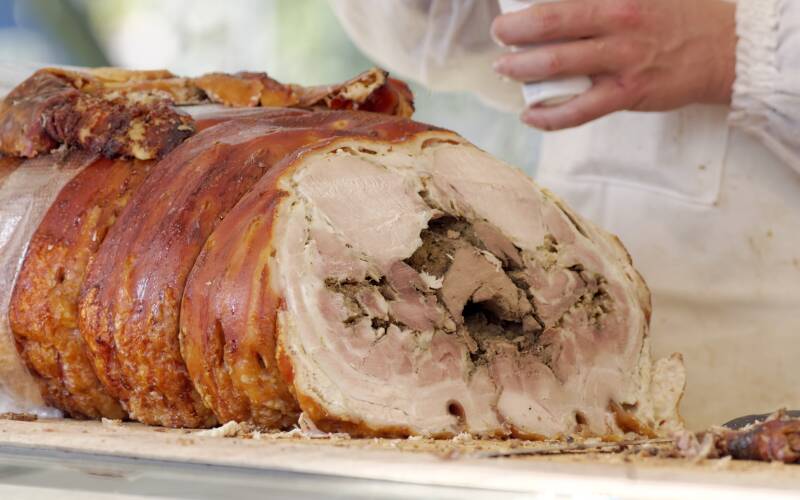 
In Umbria there are historical strata of all ages: the pre-Etruscan populations have left their marks, there are numerous archaeological areas and at least three archaeological museums dedicated to the artifacts collected in the regional territory.

If you are planning your holiday in the amazing Umbria, be sure to book the best luxury rental villas in the region. 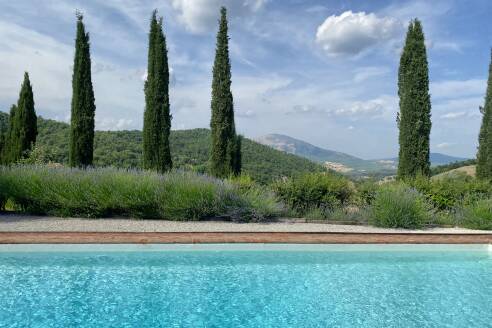 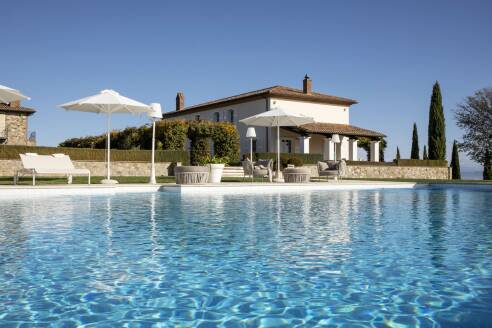 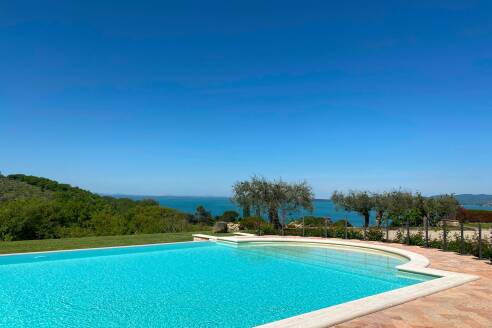 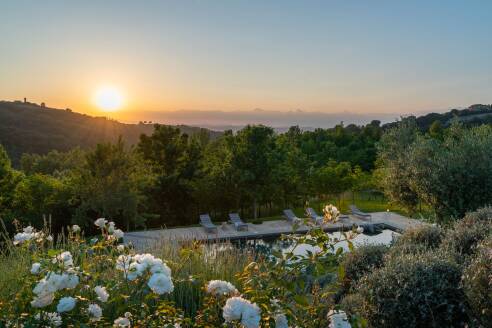 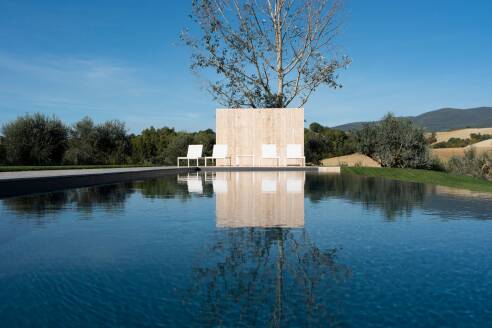 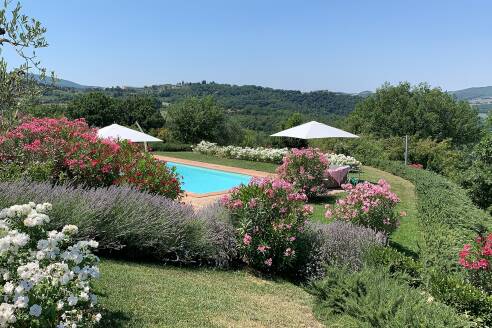 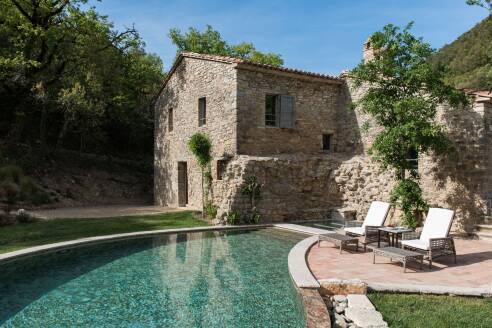