Lucca: ten ideas for a daytrip

share
Jan 252021Lucca: ten ideas for a daytrip Lucca is a city of Roman foundation and purely medieval, as it still bears witness to the walls of its beautiful Old Town. Tags: tourism, tours, travel, discovery, art, extraordinary, landscape

Lucca is a city of Roman foundation and purely medieval, as it still bears witness to the walls of its beautiful Old Town. It houses several important cultural events, among which the Lucca Comics & Games is the most important event in Europe linked to the world of comics, games, cinema, fantasy literature and science fiction.
The city is a top tourist destination and worth a visit all year round. Lucca is a hospitable city, easy to be explored, with excellent gastronomy and rich natural surroundings and history.
So, here are 10 things to do in Lucca for those who will visit at Lucca Comics & Games but also for those who would like to come back to have more time ... and fewer crowds.

1. THE GROVE ON THE TOWER
The best way to see a small city is from the top. This also applies to Lucca, which in the Middle Ages boasted 250 towers, of all shapes and sizes. Today, only two are open to visitors: the Guinigi Tower and the Clock Tower. The Guinigi Tower was commissioned by the Guinigi, a rich and powerful family of merchants of Lucca in the fifteenth century. It is 45 meters high and the top has a small garden where, for centuries, grow beautiful trees. This  peculiarity makes it unique and a symbol of the city. The challenging climb has 230 steps. Still higher is the Clock Tower, which houses a great mechanical clock of the seventeenth century, still working. 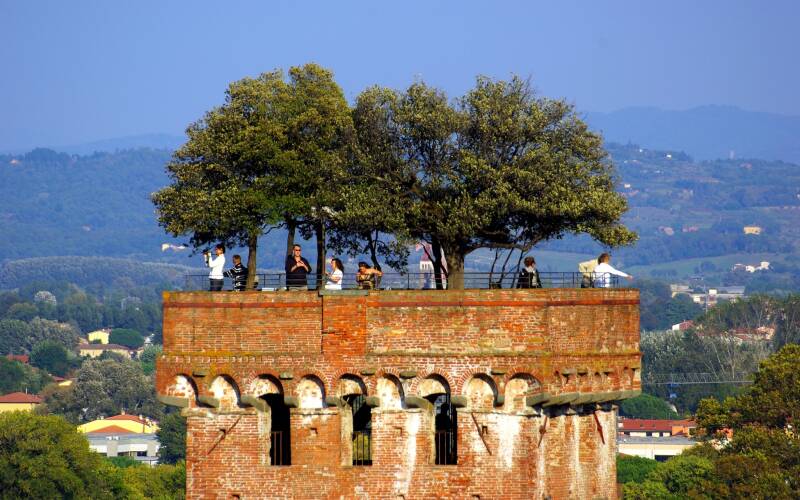 2. THE CATHEDRAL OF SAN MARTINO
An example of Romanesque Renaissance, it is one of the places not to be missed.

3. THE ELEGANCE OF SAN MICHELE
A masterpiece of Romanesque-Gothic architecture, this church presents a mixture of styles due to its long construction, between the eleventh and fourteenth centuries. 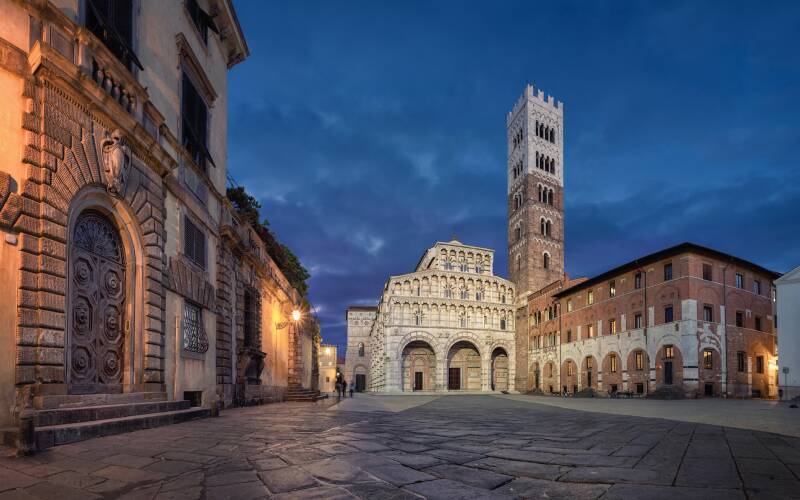 4. THE ART GALLERY
Precious noble house built between the sixteenth and seventeenth centuries that has preserved many of the original furnishings and decorations, the palace Mansi (property of the same rich family) is now the most important art gallery of Lucca. A hundred works among which Tintoretto, Beccafumi, Pontormo and many important painters Lucca 800 and 900.

5. THE SQUARE
Uniquely shaped like an ellipse, the square Amphitheatre is one of the most beautiful in Italy. Built starting in 1830 by the architect Nottolini, it resumes the ancient route of the Roman amphitheater. 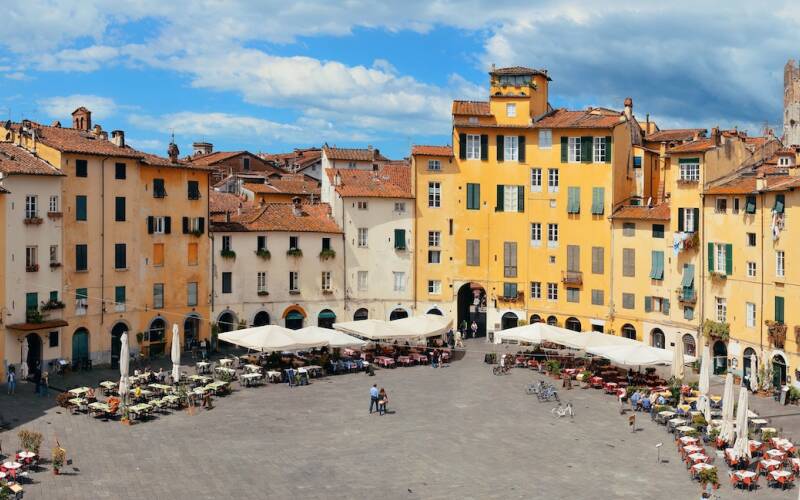 6. MUSICA MAESTRO
Throughout the year, Lucca hosts the Puccini and his Lucca Festival, the only permanent music festival in the world. Concerts and events are mainly housed in the Basilica of St. John, but also in the square of the Amphitheatre and other places and churches.

7. THE MEDIEVAL WALLS
The walls are another symbol of the city. They are the largest monument of Lucca and one of the largest in Tuscany: a perimeter of 4 km, 30 meters wide and 12 high, made between 1513 and 1645.

8. A COFFEE RICH IN HISTORY
What makes the story of a city is not only palaces, churches and walls, but also the clubs. As the Antico Caffè delle Mura, back to the original splendor and reopened in 2012, with a café, a bistro and a stylish restaurant.

9. THE DEVIL'S BRIDGE
Going up to Barga, passing for Borgo a Mozzano, a small town known for a bridge, commonly known as Devil's Bridge. Built in the fifteenth century by the Countess Matilde di Canossa, the legend says that the manufacturer, unable to raise the last arch to complete his work, implored the help of the Devil. He signed an alliance with the Devil and sacrificed the first soul that had crossed the bridge. And the first one to walk on the bridge was a dog. On Devil's Bridge, every Halloween takes place the most spectacular event linked to this ancient Celtic celebration. 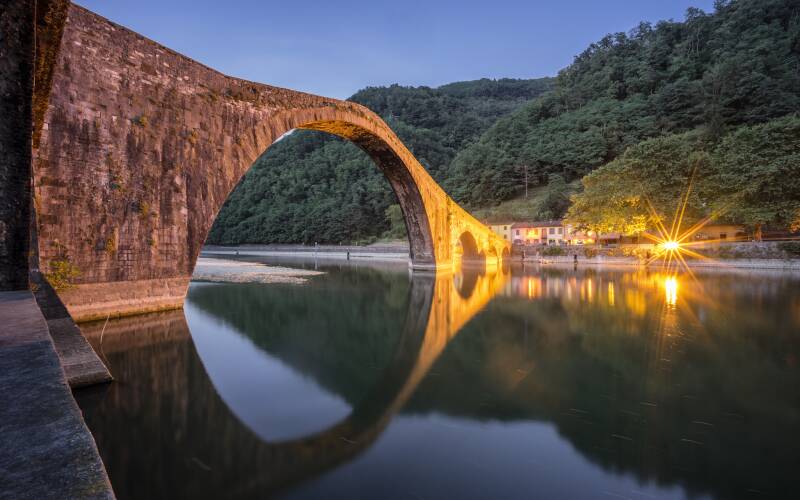 10. HOME OF GIOVANNI PASCOLI
Among the places outside the city, we recommend without any doubt Barga, a town at the center of the middle Serchio valley for centuries Florentine enclave. Near Barga, Castelvecchio Pascoli is the house where the poet Giovanni Pascoli lived from 1895 to 1912. 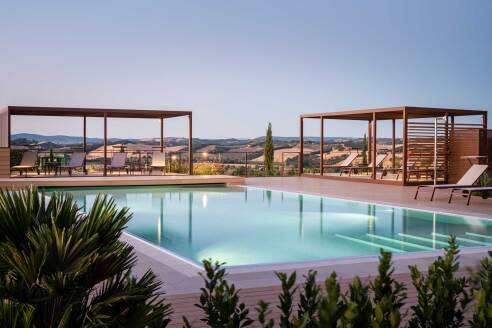 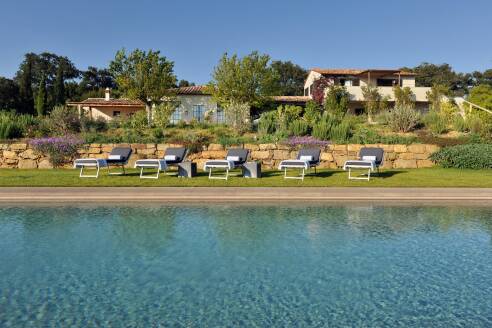 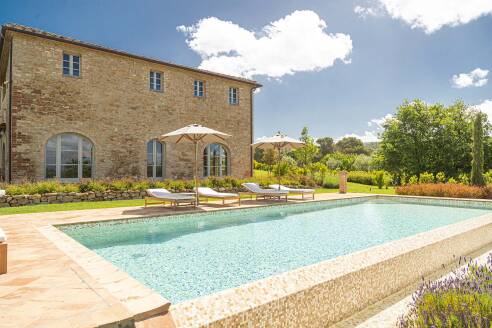 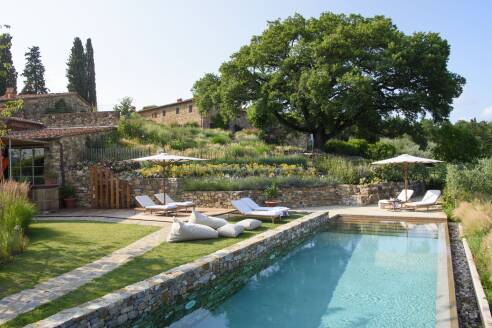 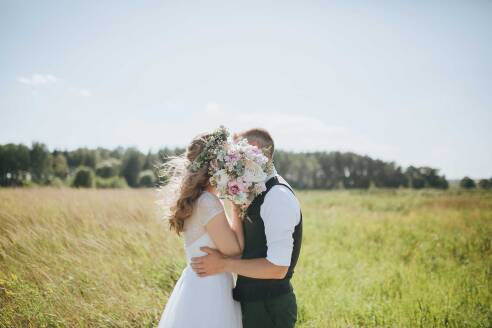 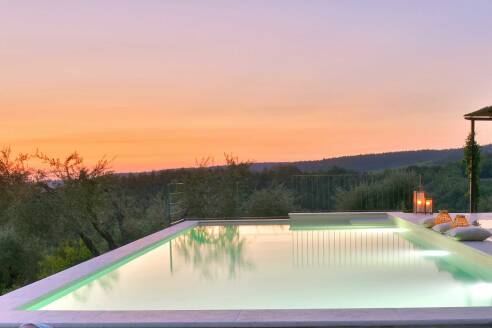 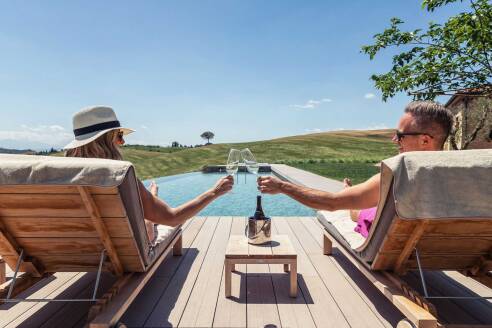